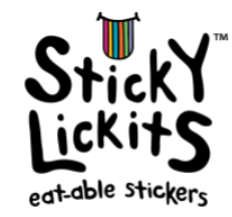 The agreement places the marketing power of Sesame Street joining Nickelodeon to help kids eat healthier in national effort
ST. HELENA, Calif. - CuisineWire -- StickyLickits is proud to announce a national licensing agreement with Sesame Street for characters including Elmo, Abby, Big Bird, Cookie Monster, and others.  In collaboration with Sesame Street, Linda York has been working on joint promotional events including their groundbreaking "The Power of We" programming.

The Power of We: A Sesame Street Special centers on four friends: Elmo, Abby Cadabby, Gabrielle, and Gabrielle's cousin Tamir. With other Sesame Street neighbors and celebrity guests, the friends explore their own identities and skin colors and come to understand what it means to be "color-proud"—to have pride in your own culture and race. In age-appropriate ways, the friends learn what each of us can do to stand up to racism, for ourselves and one another.

More on Cuisine Wire
Sesame Street joins Nickelodeon in this national effort to establish new avenues of healthy eating for children. StickyLickits founder Linda York said "this gives us the opportunity to help parents make healthy foods more enticing for children who at times can be picky eaters. This is a truly win win for the American family."

StickyLickits: The Back Story
When Linda York was a child, she wanted to be a magician, until her parents discovered she was making her vegetables disappear by wrapping them in her napkin. The veggie battles continued with the promise of dessert being the only worthwhile reason to force them down.  So, Linda thought how can this happen for other children?

Rather than concentrate on the food, she thought about behavior and habits. She knew that kids loved stickers and loved to put them on everything. So, why not create "eat-able" stickers of characters and images that kids love, and let them decorate their fruits and veggies and then eat them?  The StickyLickits idea was born.

More on Cuisine Wire
The stickers had to be all-natural, food-based, and contain no sugar or dyes...and fun!  StickyLickits received permission from Nickelodeon to license their PAW Patrol and SpongeBob characters, plus images kids can use to create their own original characters.

Linda's goal is to make healthy eating fun for kids and lead to better nutrition.  The only thing StickyLickits adds is fun...and creative kids are happy kids!  StickyLickits can be found at  www.stickylickits.com.