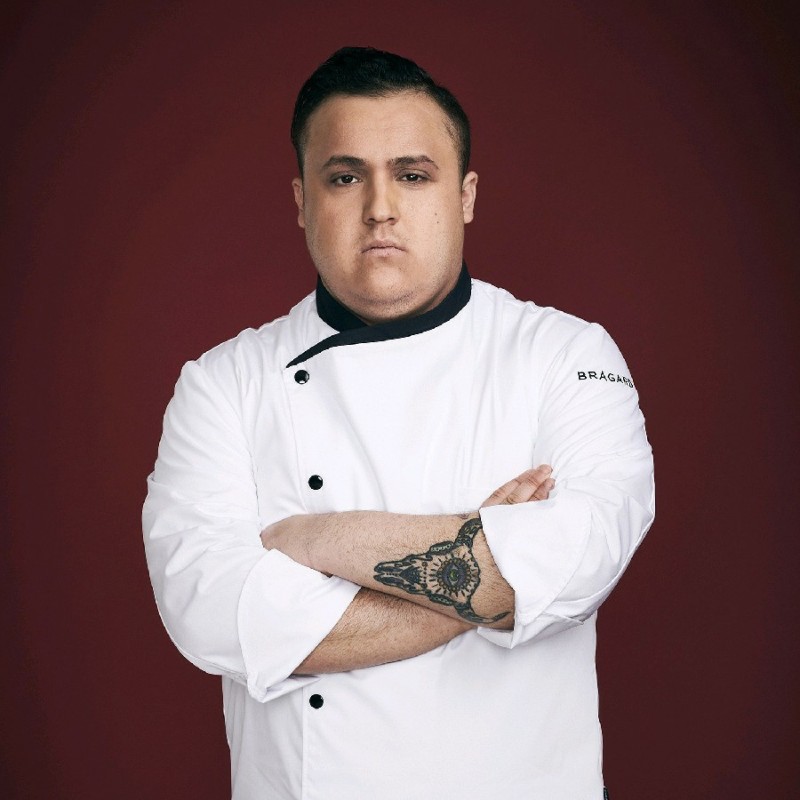 Chef Antonio Ruiz continues to shine as a top 10 finalist in what has become a very tight competition.
SAN ANTONIO - CuisineWire -- In its landmark 20th season, Hell's Kitchen Young Guns Edition focuses on young and emerging culinary talent. From the start Chef Antonio Ruiz set himself apart by showing resilience and strength. He's not afraid to take risks and when challenged, he finds a way to pump himself up. His coined term "bounce back baby" (Season 20, Episode 2) is one example.
Chef Antonio Ruiz was raised by his Italian mother and Mexican father. His rich culinary experience began when he was a very small child. Growing up in San Antonio, he competed to become one of the top 10 teen chefs in all of Texas. When he was 18, he secured a position to become a personal chef for the San Antonio Spurs. The following year he moved to Maui to work at the Ritz-Carlton with chefs like Morimoto, Charlie Palmer and Michael Mina. A few years later he went back to San Antonio and graduated from the Culinary Institute of America and opened his first hotel. At age 22 he ran his first restaurant and became one of the best in the hill country, securing top 3 chefs in New Braunfels two out of three years. He is currently an executive chef at Texas Bistro at Parkview (www.txbistro.com) and one of the top 10 contestants on Hell's Kitchen- Young Guns Edition. (Fox)

More on Cuisine Wire
About Hells Kitchen Young Gun Edition - Gordon Ramsay is back in Las Vegas, home to five of Ramsay's restaurants, including the world's first Gordon Ramsay Hell's Kitchen restaurant at Caesars Palace. For the first time ever, 18 aspiring chefs from across the country who are 23-years-old or younger at the start of the competition challenge Lady Luck in the hope of winning big. Each week, the competition gets more intense, as these "Young Guns" are put through rigorous culinary challenges -- reaping high stakes rewards and punishments, all with a Sin City flare. Only those who possess the right combination of ingredients will continue in the competition, until one is named winner. At stake is a life-changing grand prize, including a Head Chef position at Gordon Ramsay Steak at Paris Las Vegas and the title of Hell's Kitchen winner. (www.fox.com/hells-kitchen/)

More on Cuisine Wire
D Will-Hunt Public Relations, LLC is a boutique public relations firm located in Los Angeles, California. We have over 20 years' experience and have represented clients across the globe. For more information please visit www.dwillhunt.com.